Over eight out of ten Canadians worried about home ownership

People in Canada are worried about rising home prices and are hoping that the September 20th  federal election will find a solution.

A recent Royal Lepage survey of 1,500 Canadians from across the country has found that people between the ages of 18 and 34 are trying to make housing costs an election issue. 84% of all surveyed people also worry that with rising home costs, there will be a large number of Canadians who will never be able to own a home. 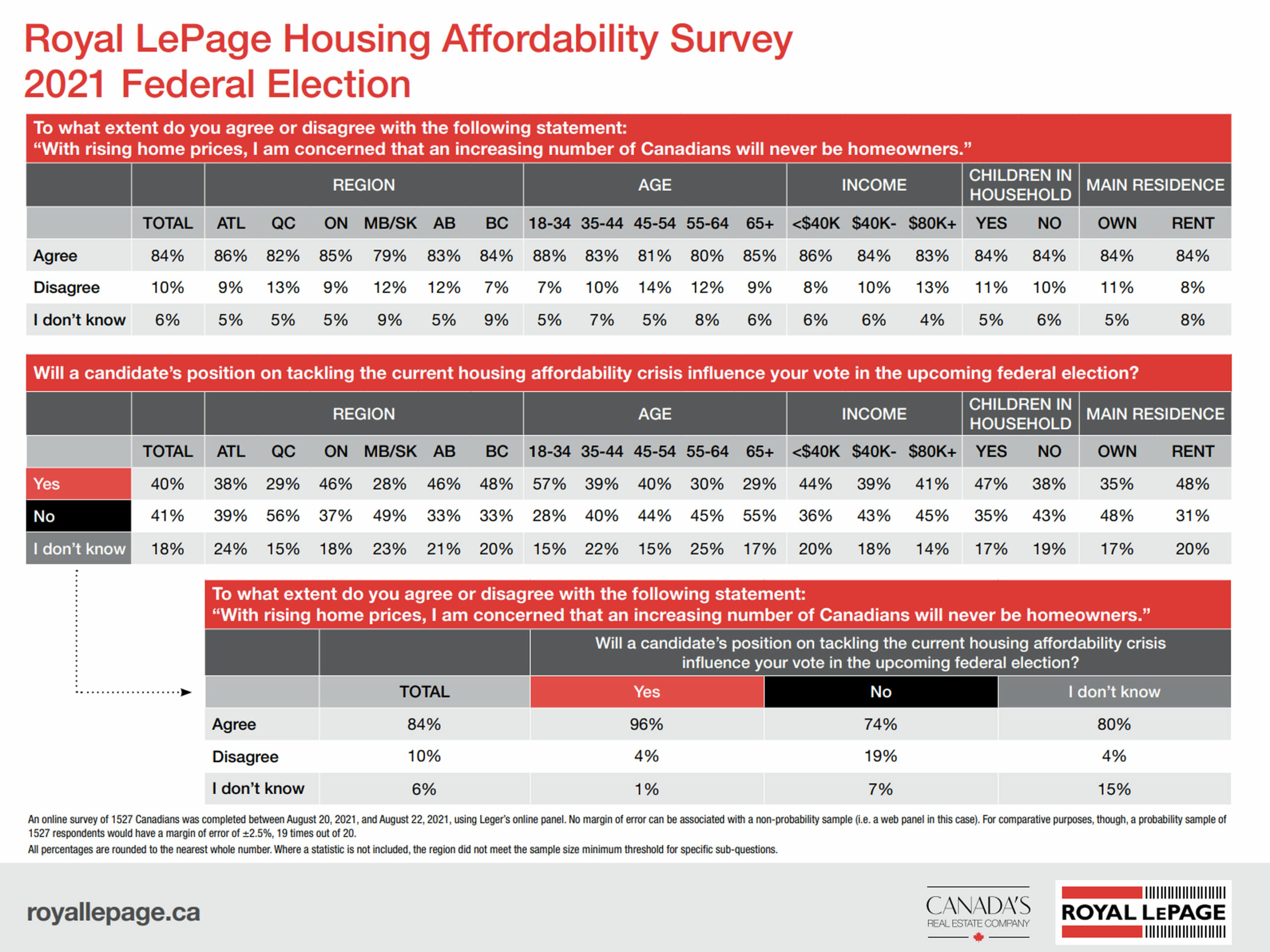 “In this election, Canadians are demanding ideas, answers and a commitment to address the nation’s housing supply and affordability crisis. The growing housing deficiency in this country is one of the great threats to our prosperity as a people,” said Phil Soper, president and CEO, Royal LePage.

All three major parties have released their strategies and plan to address housing shortages across the county. Royal Lepage claims Canada will need to build 1.8 million homes to match the average number of homes per capita in other G7 nations.

Cost of detached homes in Vancouver is starting to decline

According to monthly reports from Vancouver’s Lower Mainland real-estate board, the region’s hot market is finally starting to…
byIan Hardy
No comments

Will the Real Estate market in Ontario crash soon?

Housing affordability is plummeting across Canada

Housing affordability across the Canadian market is dropping more quickly than it has in more than 30 years,…
byIan Hardy
No comments